I have to admit, that I’m not an expert in AI or machine learning (ML) but I think that I understand it on a certain high level good enough. In the end I did some work in BigData, Hadoop and have been reading on AI and ML quite a bit already. And since the start I had this uncertain feeling, that the current state of AI even with deep learning is not really intelligent. Yes it seems to work to a certain level, you see this with the current progress with automated driving or also with use cases in IIoT like visual inspection or material checks that are based on AI models and deep learning.

But what always struck me, is that the system that does all great functionality is really dump and it has no idea what it has learned. Nobody can look at the “mental” model of the AI model and explain why it can detect an object or recognise a pattern. It just works based on pure data. That is exactly this, AI today works on detecting something interesting just based on the input data it has been trained with.

So a couple of weeks ago I bought a book as I stumbled over it on Amazon. This week I started reading “The book of Why” from Judea Pearl and Dana Mackenzie. The book is about the theory of causal relations and the need for causation in artificial intelligence.

Already the first chapter struck me like a lightening bolt. Judea explained exactly what I always felt, that the current AI is level 1 of the ladder of causation. Level 1 means that learning is based on associations that are found in the data by the algorithm.  The mechanism for this is in the end statistics, probability, that’s all.

Associations are detected in the data because the AI model has been trained with some similar pattern and when it sees it again it can detect it. But the pattern needs to be at least similar to something learned, that is why it is so important to have good and tons of training data. If there is a completely new pattern in the data that the algorithm hasn’t learned yet, it cannot detect it. That is why the intelligence of such an algorithm is on the level of an animal but any small child with 3 years is more intelligent.

And worst, the model doesn’t really know what it has learned, the representation is just factors in e.g. a neural network. There is really no knowledge representation as such.

Now I do have since quite some time one topic that is always in my focus and that is semantic web technology and the way how knowledge can be represented in a knowledge graph and how to work with that in real-world technology. Before in the space of IT management, now in the area of IIoT.

And the difference to the next level 2 in Judea’s ladder of causation is exactly that one has a causal model not just data. The causal model is represented as a directed graph of causal relations with numerical factors on the edges. 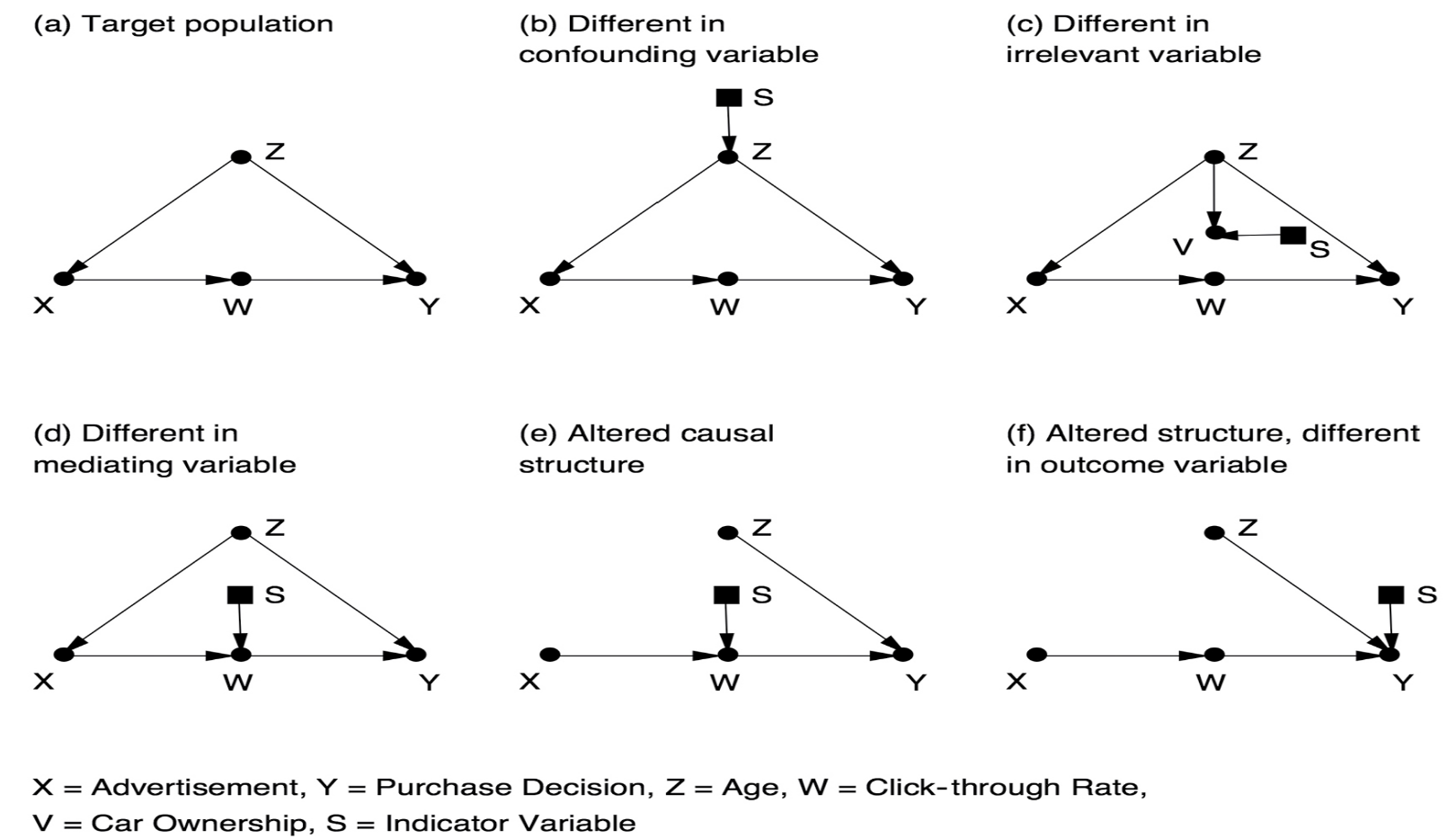 Now that sounds very familiar to me, that is easy to represent as a semantic graph in RDF or OWL! Causal relations represented as relations in a semantic model as one of the most important relations.

Technically there are of course a couple of questions practically how an AI ML model can work with a semantic graph model. Probably one needs to transform the knowledge graph into a ANN first. It would be interesting to speak with an AI expert on this.

I would even go so far as to it would be a benefit to represent learned associations in such a model as well. Knowledge is in the end different types, there is fact knowledge, rules, causal relations, associations and other relations, that are not causal. If we represent all these in a semantic model, we come closer to how we see the human brain. Because as human beings we do record these relations as well and we are aware of them, we can search and access them, just like a knowledge graph!

Maybe this is in the end the way how we can bring computers to at least level two of the ladder of causation and doing this also for our applications in IIoT.

Books, printed books, despite the promise that e-books will kill them in the age of the Internet, they’re still there and sold in millions by Amazon and the like. But I observe, that they’re still on the decline. Not because everyone would only read them in electronic form only. For this the smartphone is simply not really convenient. You need a tablet/iPad to enjoy reading e-books IMHO. No, it’s because books aren’t used anymore for learning.

When I look around me at work, nobody other than me has books besides his desk and seems to read any book for work. Maybe they only read prose for pleasure, fine as well. But even that you see less and less in public transportation. What I see is that people don’t use books for learning but use other media instead. They watch videos, listen to podcasts or read articles in the world-wide web as they need it. You have an issue, you search and find some resource that tells you how to get ahead. On-demand learning, so to say.

A book is something longer-term, you buy, you watch is waiting for you and you spend weeks, if not months to digest it in one piece if it is a good one. That takes time and effort and persistence to do. That’s not like a two-page article or 20min video that comes right to the point. I guess this is really the point, these other internet-based media are easier to digest and solve your problem of learning that you have right in this moment.

But this type of learning is a shallow one. You don’t really learn the fundamentals of the technology or topic. You learn how to solve exactly this one problem and the next day you’re as dump as you were. This is why people always say “I have no idea”. Really I avoid this phrase like hell. I do want to have a clue, an idea on the topics, I speak about, otherwise I shut my mouth.

And for this you need deep knowledge, expert knowledge. Books are written usually by experts, at least if it’s a good book. They build up the topic from the grounds and systematically consolidate the matter using examples and give you reasons and arguments. At the end you are maybe not an expert yourself, experience is missing. But at least you have the feeling that you have profound knowledge to start from. 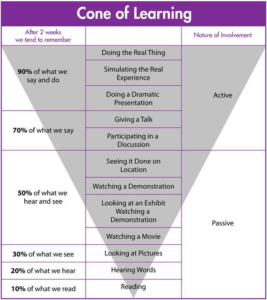 There is the model of “cone of learning” from Edgar Dale, I think. It explains how good media are for learning. The book is doing pretty bad in this model. It is passive learning and you remember only small parts of what you read. In contrast a video or podcast is remembered much more. And that is probably right in the general. How long do you remember what you read a year ago in a book? Nevertheless the depth is a different in a book in contrast to other media. and I would say it needs to stay in the learning mix also these days, electronic or not.

There is one more aspect, that I reflected about. Exactly that is the point, writing a book is equally more effort and takes more time than creating a podcast, video or writing an article (like this one, lol). So there is so much preparation going into writing a (good) book. A good friend of mine, Barbara Hoisl, wrote a book last year. Content-wise this is a completely own article, but she worked for more than a year only on the book, left apart the time for thinking about it and preparing the steps to get to start at all. But this is not only time, it is reflection and thinking time. And a book includes this reflection and thinking of months and years. It is maybe courageous to talk about wisdom, but a book certainly captures more wisdom than other media. And this is why one should read books in addition to consuming internet-based media.

Well, think about it, yours